Scissors were designed and excessively used by us humans in the past 1500-2000 years. Hundreds of variations have been created over time for a variety of purposes and are found just about everywhere whether at home, in the office, hospitals, schools, you name it.

Their sturdy built allows them to cut through tough materials such as thin metal, denim jeans, car seat belts or even hard surfaces. Trauma shears due to their durability, as well as multipurpose additionally integrated features, are also nowadays being used as alternatives to knives by scuba divers, fishermen, and even soldiers. Mentioned below are 3 of the top notch most highly reviewed folding trauma shears available for purchase at Amazon.com.

Consisting of a majority of 5-star review by a total of 428 customers, The Raptor Shears by Leatherman can be considered as a top quality product. Built for multiple numbers of purposes, it consists of 6 different tools which can be used for being a carbide glass cracker, cutting scrap, cutting rings and even as a wrench for oxygen tanks.

Created from an upgraded version of stainless steel with high carbon integrated within, it withstand a significant amount of pressure at a time due to the heat treatment is has gone through manufacturing. The handle of the Raptor Shears by Leatherman also consist of handles made from Glass that is filled with nylon to ensure that no extra weight is included via the handle.

Finally, in the manufacture of the product, Carbide is also used in the production of this product, making it one of the hardest and strongest materials to be used in Scissors. With such a mixture of sturdy and durable materials being used to create the Raptor Shears by Leatherman, this product can be considered as the ideal tool to be carried around by medical professionals since it has all the needed characteristics strategically integrated within it.

One of its most distinct features is its ability to fold back to assure safely while its user is carrying them around in their pocket to avoid any unnecessary damage from its sharp blades. Measuring only 10 x 6.4x 4.5 inches and weighing 5.8oz, the Raptor Shears whom of which come in a standard black color, are the ideal medical accessory not only for medical personals but also for adventurers or campers.

Perfect to be used personally or as a gift for those that are pursuing a field within the medical industry, The Raptor Shears By Leatherman cost $89.99. Although expensive, they have been said to an investment worth its money. Blades made with the highest standard of 420HC stainless steel; the shears can be trusted upon for long-term reliability as well as durability.

Consisting of strategically designed blades that are multipurpose in nature, these scissors can be used by a medical practitioner such as a paramedic or can even be used for technical purposes as a workshop tool. The Raptor Shears by Leatherman can be used to cut through bandages, clothes, seat belts or even thin solid sheets. Featuring blunt tips in the front, however, give an additional safety from gouging or piercing skin when bandages are being cut.

A unique component of the Raptor Shears by Leatherman is the option of getting the upper or lower blade engraved with any personalized name or sentence. With the allowance of up to 20 alphabets or characters along with spaces, the raptor scissors cannot be stolen in cases where the name of its user is engraved in it.

The Raptor Scissors by Leatherman also consist of a built-in feature that allows them to be folded and hence carried around by its user with the utmost ease and convenience. Making these multi-purpose medical shears as a must-have at some point for medical practitioners.

Built with high-grade steel and top fastenings, the Raptor Multitool by Leatherman can come in handy for those working in the fire department or even in the trauma units of medical institutions. It has been manufactured with 420HC stainless steel also featuring handles with a large enough circumference for easy usage, made out of Nylon filled with the class to ensure the highest level of durability.

The product also comes along with a MOLLE compatible connector which allows its user to clip the Raptor Multitool with a variety of things. It also comes along with a holster which allows it the ability to fold it makes it easier for its user to tuck it away in a pocket or small carry bag section for further use. Costing $69.85, this instrument by Leatherman can be further used as a window breaker, belt cutter, an O2 Wrench or even a ring cutter.

In recent reviews, customers swear to have cut through diapers and even through seatbelts of a Toyota Camry with the utmost ease and a minimum amount of effort with losing the sharpness of the blades itself with continuous use. Astonishingly the Raptor Multitool can even be used to cut through a penny for the demonstration of its sharpness.

Leatherman, the manufacturers of Raptor Multitool also provide an additional 25-year warranty in any case of any damaged or defaulted instruments being shipped.

Medical Shears have been a necessity within hospitals and many other institutions, as a tool used in many emergency situations due to their multipurpose features. Such devices are highly recommended to be considered as an addition to first aid kits in homes all around the globe, to ensure the presence of tools for complete coverage for any type of an emergency or trauma situation. 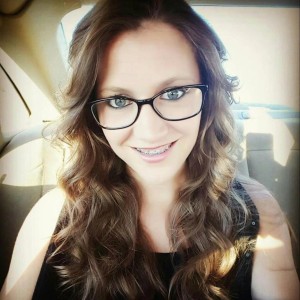 Beth Martel is a mother of two, a medical professional and a humanitarian. In her free time, she loves to read books and spend time with her family. Best Rollator Walkers With a Seat

3 Best Rated Stethoscopes for Professional Use Available On Amazon